Until now saunderson
has been a forgotten man.

A yellowing bust of him can be found, if you search hard enough, at the small hidden outdoor swimming pool at Christ’s College Cambridge. Other than that, he has largely been airbrushed from history. And yet, his tale is an astonishing one of triumph over adversity. 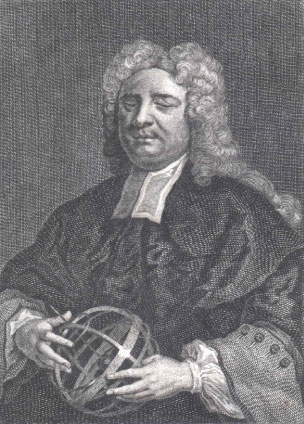 As a blind man from a tiny rural village, in an era before Braille, (legend has it, he taught himself to read by running his fingers over the gravestones in the local church yard) his life should have been mundane. It was, in fact, quite the opposite. In his day, he consorted with kings and queens and had a reputation which spread across Europe. He ultimately scaled the heights of academia and was elected to the post of Lucasian Professor of Mathematics at Christ’s College Cambridge – the most pre-eminent position in the land; a post inhabited before him by Isaac Newton and subsequently, Charles Babbage and Stephen Hawking amongst many others. At Christ’s, the charismatic Saunderson was embraced. At a time when the quality of teaching at Cambridge was at something of a low point, his lectures were packed with students from across the University.

He was one of the truly great blind achievers and there is now a strong body of support to suggest that he discovered Bayes (fundamental to much of today’s mathematical thinking) some time before Bayes himself. Saunderson subsequently became a member of the Royal Society.

In characteristic Yorkshire fashion, Saunderson didn’t suffer fools gladly, making his opinions known in a forthright and honest manner. In addition to his mathematical genius, he was a skilled flute player and an able hunter. He was totally dedicated to the art of educating and was highly influential in this respect.

Could emulate the success of Blood Brothers

No Horizon celebrates the human story behind this unique individual who re-wrote the rules about what was possible for a blind man in his day.

This website uses cookies to improve your experience while you navigate through the website. Out of these cookies, the cookies that are categorized as necessary are stored on your browser as they are essential for the working of basic functionalities of the website. We also use third-party cookies that help us analyze and understand how you use this website. These cookies will be stored in your browser only with your consent. You also have the option to opt-out of these cookies. But opting out of some of these cookies may have an effect on your browsing experience.
Necessary Always Enabled
Necessary cookies are absolutely essential for the website to function properly. This category only includes cookies that ensures basic functionalities and security features of the website. These cookies do not store any personal information.
Non-necessary
Any cookies that may not be particularly necessary for the website to function and is used specifically to collect user personal data via analytics, ads, other embedded contents are termed as non-necessary cookies. It is mandatory to procure user consent prior to running these cookies on your website.
SAVE & ACCEPT